On a cold and frosty morning, 19th November 2016, the walkers going on the CHA A Walk around Kippure and Bray Lakes headed to the meeting point on the Military Road above Glencree. The road looked as though it might be icy but it seemed safe enough to drive carefully on. On setting off with Martin, our leader, to walk on the road to the start of the track it became obvious how dangerous the road was when one of us slipped on the icy surface. We walked gingerly.

The visibility was good but Kippure was hiding in a cloud. The first track is a small one that links across to the main track that runs along the county border directly to the summit of Kippure. The tracks were muddy with a light covering of ice that broke easily. As we progressed upwards, the ice layer thickened and there was a dusting of snow. to the summit we decided not to follow a detour to the east that Tony traditionally took, but keep to the county border and the main, but very broken and muddy, track. We did find it a little tricky as advised and several of us found ourselves knee deep in mud or even deeper.

We soon found ourselves among the peat hags in dense freezing fog and snow several inches deep. We were asking each other how far away was the summit and when GPS indicated about 100m a very dramatic appeared in front of us. In the mist above the there was a dark grey vertical column with a ball of fire at its base. It looked so much like a landing space rocket that it took all our rational powers to convince our eyes that it was the mast with the sun low down behind it. We watched with awe as it seemed to move upwards as the window in the mist rose.

Getting closer the buildings at the base came into view. The whole area, the grass, the signs, the mast and the wire stays had a huge layer of glistening hoar frost blown horizontally on one side. It was indeed one of nature's winter wonders. A photo shoot was called for in spite of our reluctance to expose fingers to use our cameras or phones.

From the other side

nature's visual exhibition kept its greatest treat until the end. As we passed the mast on the south side, with the sun on our backs shining straight onto the mast, it now appeared like a giant highly engineered snow sculpture. It was still flirting with the mist but this time the blue sky made the occasional appearance as the backdrop. It was incredibly beautiful and continually changing as we just stood in awe, just saying Wow!

As it was now lunchtime we needed to leave the icy winter wonderland and get below the mist and into from the icy breeze. We found our way through the snow to the paved road on the east side and again, gingerly, made our way down to the bridge and small building where we sat under the few trees for lunch. A group of scouts who had come via the Lough Brays joined us there.

After we continued along the paved road until we were due south of Lough Bray and made our way NE across heather to join the track along the ridge above the . As we neared the track we saw the CHA B walkers on the skyline and we approached within hailing distance and called a greeting to them. Our route home followed the track they had just done but in the reverse direction. Like we found this narrow and slippy track decorated with beautiful fringes of icicles but also many opportunities to sit down suddenly or even fall over. The views across the loughs and from Eagle Craig were as lovely as ever. the roads had thawed out by the time we returned so we could look forward to drive home.

If you've ever woken on a Saturday morning and wondered if it was worth venturing out on a walk on a cold winter's day, well, wonder no more, just go walking in a winter wonderland. 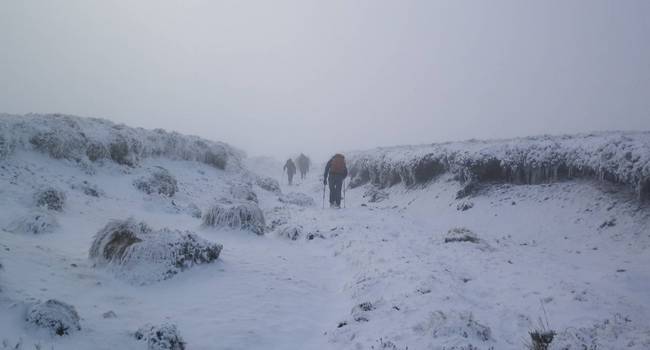 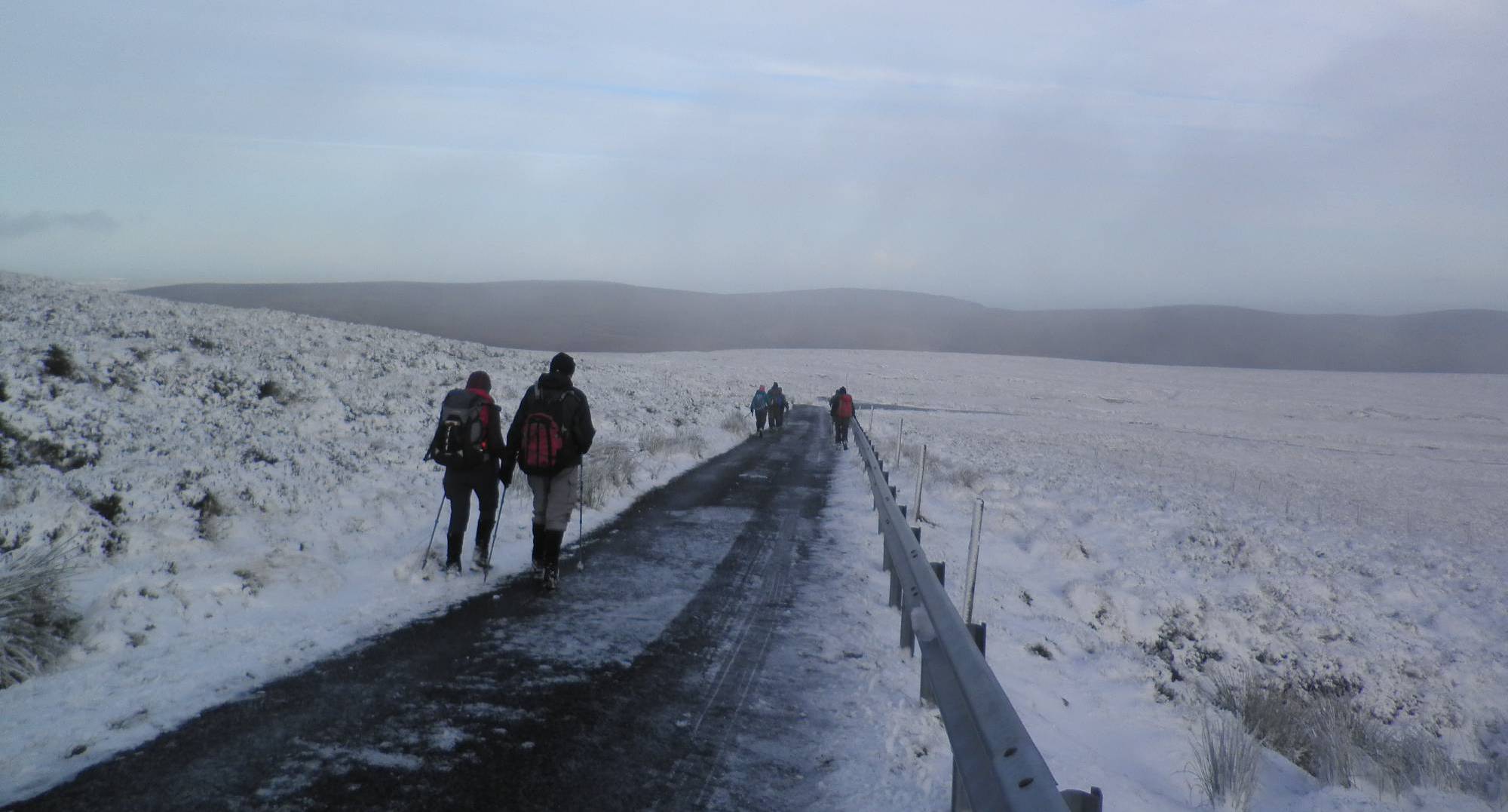 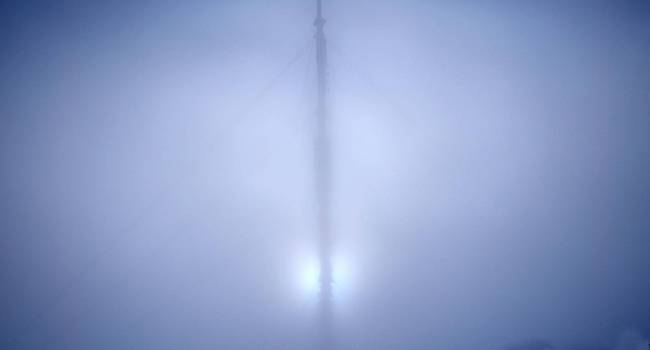 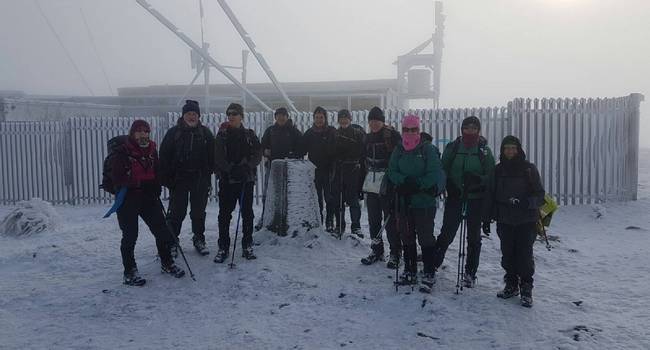 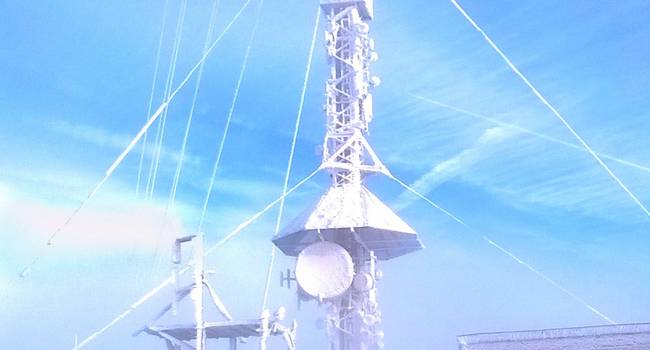 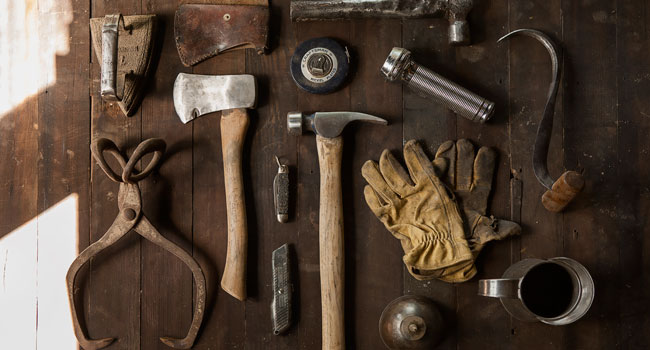